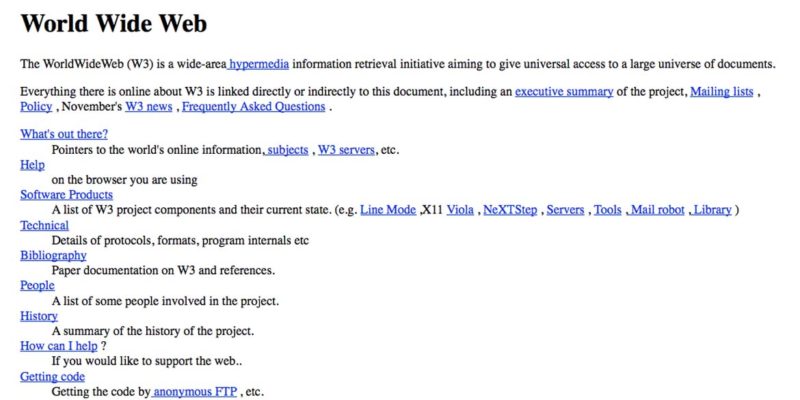 How Web Design Has Changed Over 26 Years

Web design has changes vastly since the first ever website was published, back in 1991. The first websites, from the early 1990’s were single column, text based pages written in HTML. There was no such thing as a high-speed internet connection in the early 1990’s. Dial up modems were the only way to access the web. Therefore, website were built with slow internet connections in mind. They often appeared like a collection of text documents, connected together by inline hyperlinks. Pages consisted of headers, paragraphs and hyperlinks. Fun fact: The first website was created by British computer scientist Tim Berners-Lee, who invented the World Wide Web. You can view the first ever website here! 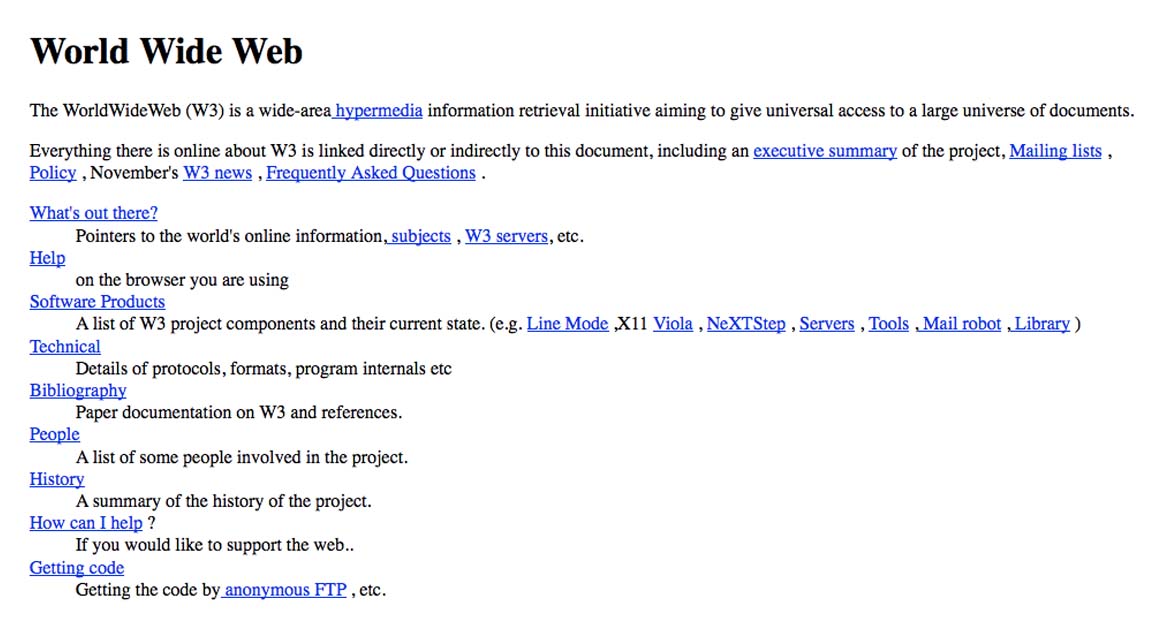 By the mid 1990’s web design was beginning to evolve. Web designers began to used tables to create multiple column websites which allowed for the better organisation of content and navigation links. Good design principles went out the window and hit counters, GIFS and animations because popular. Websites were full of dancing GIFS and fancy animations with web designers believing it, made their websites look more advanced. 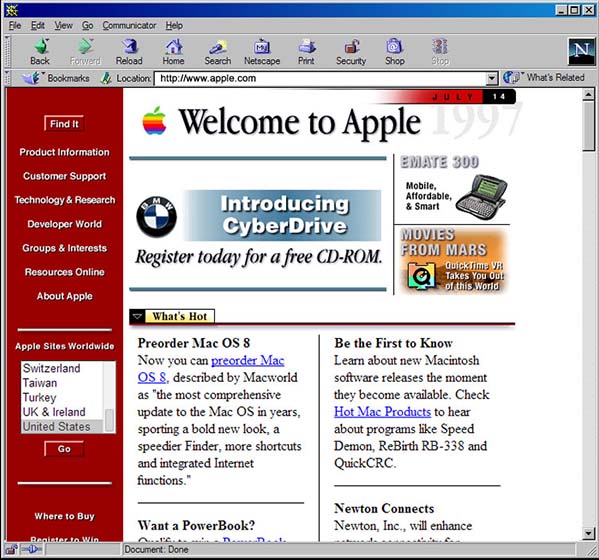 In 1996 Flash was introduced by Macromedia which led to significant advancements in web design. Free web page builders such as Geocities and Angelfire were also introduced, which allowed anyone with an internet connection to create their own website. 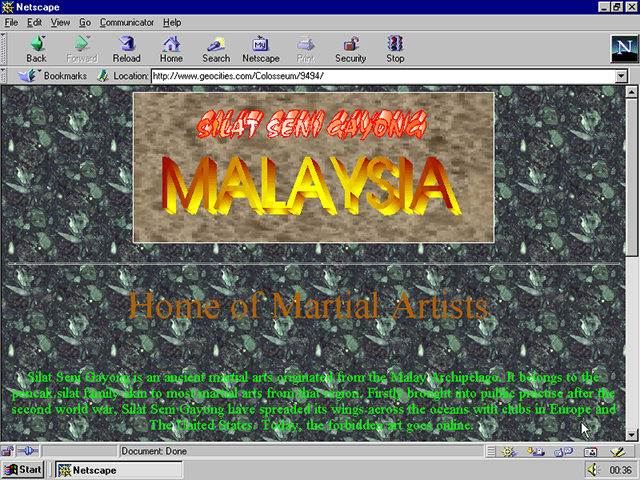 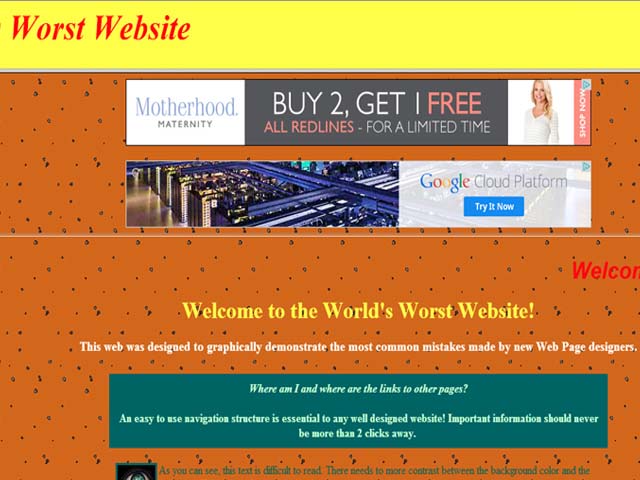 By the late 1990’s Flash had caught on with web designers due to the features that it allowed, that HTML didn’t. Web designers began to make websites which combined Flash elements with table based layouts. Examples of some common Flash features include animated ‘bounce in’ logos, 3D buttons, buttons that changes colour, neon colours and fancy backgrounds. 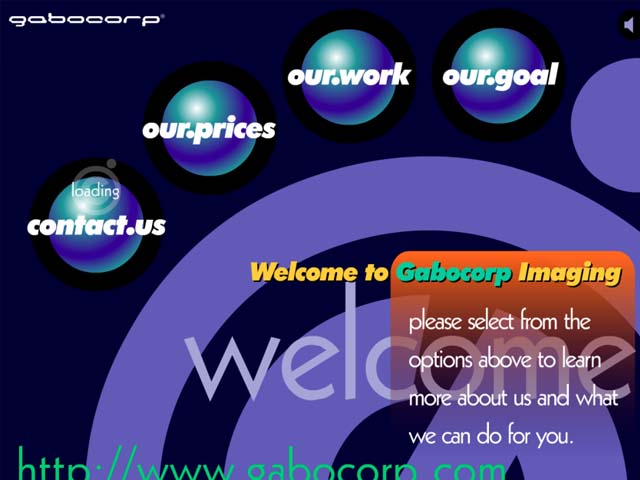 In 1998 there was a significant advancement in web design with the introduction of PHP3.

In 2000 CSS became popular. Cascading style sheets allowed for the website content and design to be separated by web designers. This made is much easier for web designers to control the look of a website. CSS allowed for a web pages’ element to be changed with ease. These elements included the background colour, text site, text colours etc. None of this now needed to be done within a web pages HTML.

By the late 2000’s HTML5 gained mainstream exposure and became the alternative to Flash and advanced graphics. Social networks grew rapidly, encouraging users to share content and information on them. Web content became more interactive and began to update without the need to refresh the page. In the late 2000’s access to the internet from mobile devices surpassed that of desktops for the first time. This lead to the mobile web revolution. Businesses began to build alternative mobile website that gave their users a better experience. These were usually a stripped-down version of their main website with just the bare essentials. More recently, businesses have started to build ‘mobile first’ websites that are formatted tall and skinny rather than short and wide.

The advances in web design, over the past 26 years have been huge and we look forward to how advances in technology will shape web design. If you are interested in our web design service then please email our team at hello@ctrlaltcreate.co or call us on 0793 9006 826. Our website design services are ideal for businesses in Wirral, Liverpool, Chester and across the UK.